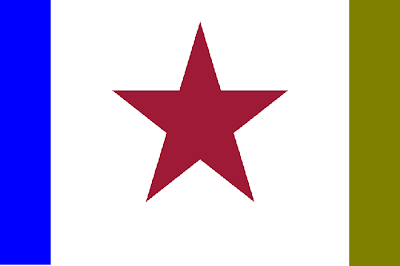 California entered the Union without territorial status. During the Mexican War, Federal agents, such as John Fremont, convinced the Californios that they would get a better deal being one of the United States. Thus, they rose up against the central government in Mexico. Only shortly after gaining control of California by treaty, a gold strike in the Sierras brought in a flood of immigrants from around the world. Further gold strikes brought in more prospectors. Many returned home after they failed to strike it rich, but hundreds of thousands stayed and settled the Central Valley.
The influx of immigration by sea, as well as trade up and down the Sacramento River, lead for San Francisco, and its superb natural harbor to become the largest port on the West Coast. Other ports, such as Los Angeles and San Diego would grow in importance as the 20th Century progressed, with the latter being home to the Pacific Fleet prior the Great War. Los Angeles brought in hundreds of thousand of workers during World War II, and most of those stayed after the war was complete, turning the port into a sprawling urban complex. With the annexation of San Jose in 1947, and Oakland a couple of decades later, San Francisco reclaimed its spot as the largest city in the state, reducing parts of Los Angeles to ghost town status.
Posted by The Kiat at 9:11 AM

Links to my Other Projects

Links to other people's projects.

The Kiat
I am not Dutch, I just played as them one too many times in Europa Universalis II.