Competition in the spice trade. 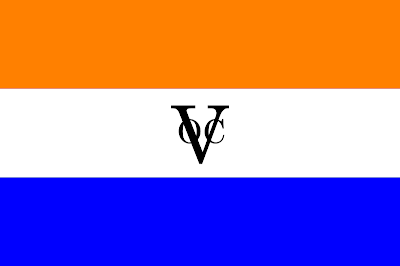 The first permanent Dutch trading post was established in the East Indies before the Forty Years War even drew to a close. The post was established by the VOC at Banten on the western coast of Java. The VOC wasted little time in trading for spices and hunting down competition. In 1605, the VOC captured the Portuguese fort in the Moluccas. By 1607, the VOC had driven the Portugese from the island of Sumatra and virtually locked them out of the East Indies. With Brazil and its other possessions under attack, the Portuguese were hopelessly divided, and easily conquered. With the end of the Forty Years War, the Portuguese Empire was in Dutch hands, removing them as competition for keeps. In 1611, the VOC established another trading post, this time in Jayakarta. The post was allowed after the VOC subverted the local prince to their way of thinking.
To enable more effective control of its East Asian affairs, the VOC created the office of Governor-General. Along with the Governor-Generalship came the Council of the Indies, an advisory body that also served to prevent the Governor-General from getting ideas of personal empire in his head, and to remind him that his true loyalty is to the company. To gain its monopoly and keep it, the VOC did more than simply subvert local leaders. The VOC fought its own share of skirmishes with England’s East India Company. When the English attempted to subvert the chiefs and princes of Ambon into their camp, the agents, some who were VOC employees, were discovered. The VOC employees were executed on charges of treason. The event became known by the English as the Amboyan Massacre.
In 1619, the VOC appointed a ruthless and single-minded son of a Hoorn investor to the office of Governor-General. Jan Pieterszoon Coen was almost single handedly responsible for creating the Dutch spice monopoly. In the same year as he was appointed, the English and their native allies had the Dutch post at Jayakarta under siege. On May 30, Coen arrived with 19 ships, saved the post and stormed the city. Atop of the ruins, the VOC constructed the city of Batavia, named after the ancient tribe that once roamed the Netherlands. Batavia quickly becomes a center of the spice trade and the VOC’s capital in the East Indies.
In response to English meddlings on Banda, Coen ordered an invasion of the island in order to maintain the VOC’s monopoly on Clove. Coen responded so heavy-handedly, that the natives ended up driven from the island. The natives were either deported, starved out or just plained killed to make way for Dutch plantation owners, and their slaves. Some of those slaves were hapless natives of Banda that survived Coen’s furry. The justification of the invasion was that Coen claimed the English were attempting to subvert the island. So tight was competition between England’s and the Netherlands’ companies, that many of the natives were stepped on during the fight.
Coen was more than a butcher. He was also an able administrator. One of his plans for the East Indies was to bring in Netherlanders to colonize the islands. This plan was shot down by the VOC shareholders as cost prohibited. A more successful plan was a system of intra-Asian trade Coen established. Though Europe had great demands for spices, the natives had little demand for European goods. Aside from textiles, which the United Provinces had plenty, the natives would only accept gold or silver in trade. Japan was a known source of silver, but they had even less interest in European goods. However, they had a demand for Chinese goods. China, in turn, had a demand for sandalwood, which the VOC had relatively easy access. The intra-Asian system aided the VOC in gaining control over the spice trade on Java, and in 1629, Coen retired a modestly wealthy man.

The first of the VOC ships to arrive on the island of Ceylon arrived in 1607 at the trailing days of the Forty Years War. Upon arrival, the Kandyan Kings of Ceylon found themselves under the heels of the Portuguese. Portugal attempted to impose its own culture upon the native. Portuguese advisors were in the royal court; Kandyan nobles had a Portuguese education and the missionaries were everywhere. When the VOC ships full of mercenaries and adventures arrived in Kandy, and a proposal of alliance against the Portuguese was offered to King Rajasinghe, the King jumped at the offer. Portugal’s navy was much diminished from the Forty Years War, and its colonial empire was teetering on oblivion. By 1609, the Portuguese were out, and the VOC had in their hands a treaty with the Kandyan King, paving the way for trade and eventual colonization. The VOC annexed former Portuguese lands on the west coast of Ceylon, including the port of Colombo, in the name of the United Provinces.
The treaty between the VOC and Kandy stated that in return for Dutch protection against other foreigners, Kandy would grant the VOC a trade monopoly on the island’s spices. As long as the spice flowed, the Dutch were utterly indifferent to the native’s customs and religion. Attempts by Calvinist missions from the United Provinces to infiltrate the island was defeated by the VOC. The Company was not about to let any religious sect from the motherland endanger their trading rights. When British ships attempted to trade with the Kandyans, the VOC captured the ships and imprisoned the crews. The VOC further extended its hold on Ceylon and the cinnamon trade by waging war against the Kingdom of Jaffna between 1632 and 1634. The war was largely fought by Kandyan soldiers, and both the Company and Kandy besieged the city of Jaffna for thirteen months. The war ended with the VOC annexing the former Kingdom of Jaffna.
The VOC did open the island to limited colonization by Netherlanders. Many colonists took up lands in Jaffna, and were under contract with the VOC to grow spices in high demand back in Europe. Dutch plantations spread across the Company lands in the decades of the 1630s and 1640s. By 1645, some ten thousand Netherlanders had settled the island. Along side the Dutch settlers, the VOC also contracted with native land owners in Kandy to supply additional spices. Unlike many of the other Company territories across the East Indies, Ceylon began as a true partnership between Europe and India. By 1640, the VOC had extended its influence over Kandy to the point that it was levying its own taxes and coining its own money.
Posted by The Kiat at 7:02 PM

Links to my Other Projects

Links to other people's projects.

The Kiat
I am not Dutch, I just played as them one too many times in Europa Universalis II.